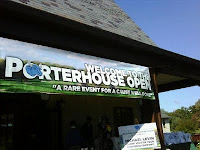 What a month!  October was jammed with some incredibly exciting things!  On October 6 I participated in the 2009 Annual Porterhouse Open at the Quaker Ridge Country Club to benefit the Alan T. Brown Foundation to help find a cure for paralysis.  It was a beautiful day and lots of money was raised! 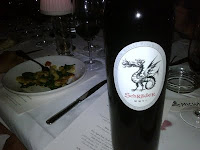 That Following weekend I trecked out to Los Angeles for a couple days to celebrate the 60th Birthday of my good buddy Fred Schrader, proprieter of Schrader Cellars in Napa Valley.  If you're not familiar with Schrader's wines... you're missing out.  His 2006 "Old Sparky" is currently the highest rated American Cabernet of the vintage." While we partied all weekend at Chateau Marmont, drinking wine and smoking amazing cigars (Davidoff Ltd Ed 2009's were served after dinner), Schrader Cellars sold $511,000 of Cabernet from its cellar at a Zachys wine auction in Los Angeles, featuring 195 lots and including every wine Schrader has made along with many rare, oversize bottles, up to 9 liters in volume. HAPPY BIRTHDAY FRED!!! 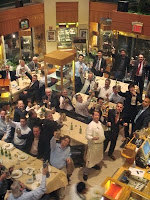 I landed back at JFK sunday night, and the following monday was our annual Oktoberfest- and what a fest it was!!!  Spaten was the official beer sponsor, Oliva Cigars provided the evening's smokes, and Colibri was on hand to raffle off some great torch lighters.  Rothmann's Steakhouse put out a spread of brats, gnats, kraut, bacon, and every other thing we're not supposed to eat... but we did.  And it was incredible!!!  Every guest also took home their collectible stein from the evening, ranging in values from about $150-$500 per piece!

Stay tuned for MANY more events coming up through the end of the year!

Popular posts from this blog 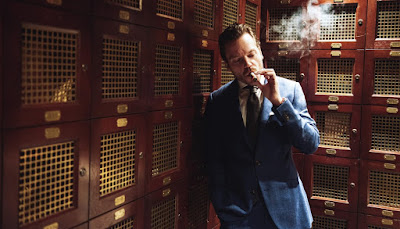 Mr. Michael Herklots - The King of Cigars  When Michael explains a cigar, it is as if the whole world slows down and you are a witness to a great solo performance at the Lincoln Center. As the VP of Retail & Brand Development at the historic cigar brand Nat Sherman, Michael knows his craft and is passionate about creating a life he loves. HOW DID YOU GET STARTED WITH NAT SHERMAN?  I joined Nat Sherman in June of 2011, having worked with Davidoff of Geneva for almost ten years prior. It was a big decision, but certainly the right decision. I truly enjoyed my time at Davidoff, but my role was strictly running the retail businesses in New York. The Nat Sherman opportunity has given me more opportunity to be creative, develop strategy, and build the overall brand and business. WHY DO YOU DO IT AND HOW DO YOU THINK YOU'VE GAINED THE SUCCESS THAT YOU HAVE? I’m not sure there is a secret to success. And personally, I feel as though I’m on an endless quest to learn more and get better.…
Read more 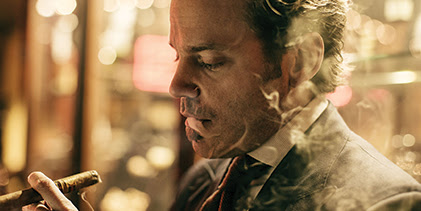 CIGAR INTERVIEWS, CIGARS, NAT SHERMAN
Interview with Nat Sherman’s Michael HerklotsBy Cigars and Leisure  Fall 2015 Cigars & Leisure we interviewed Michael Herklots, vice president of retail and brand development at Nat Sherman. For those that may have missed it, here’s the interview in its entirety as we continue to celebrate Nat Sherman and its contribution to the cigar industry. Cigars & Leisure: It’s Nat Sherman’s 85th anniversary. Even though there’s an 85th Anniversary Nat Sherman Cigar, what cigar from the company’s catalog would you say is your favorite?
Michael Herklots: That’s obviously a very difficult question to answer. I am really proud of all of our cigars, and in particular those that I’ve had the privilege of working on. The Timeless Collection was the first, which has really been a star in our portfolio. With all of that being said, personally I love the Joel Sherman 75th Celebration. I think it has incredible balance, sensational flavor, and offers a “journey,”…
Read more

A Message from Michael Herklots

You may have read the recent editorial from Cigar Aficionado, which did not fully reflect the substance of Altria’s comments on the Food & Drug Administration’s Advance Notice of Proposed Rulemaking (ANPRM) on the Regulation of Premium Cigars. I wanted to offer my perspective by providing my colleagues and friends in the industry with additional context on Altria’s comments.
I urge you to read the letter(also posted below), and our comments, in their entirety and come to your own informed opinion about the company’s commitment to the premium cigar industry.
You might also want to read John McTavish’s blog, which was posted on July 31 and gives a very informed perspective on Altria’s ANPRM comments:


Dear Friends,
You may have read the recent editorial from Cigar Aficionado, which did not fully reflect the substance of Altria’s recent comments on the Food & Drug …
Read more